André Luiz de Oliveira (Andre Terere), was born and raised in Fortaleza, Brazil. He began his interest in Muay Thai in February 2003. He has spent 14 years of constant search, always looking for new knowledge and improvement of his techniques. He went to Thailand and Switzerland to fight camps, where him spent some good time learning with high talented fighters. Andre was awarded his black kru, becoming a Muay Thai Master in Muay Thai in 2004. Besides Muay Thai, he works in another modality: Mixed Martial Arts (MMA) winning some champion titles, not only in his country, but around the world.

He is bringing his passion here to help you reach your goals in a fun and dynamic class. 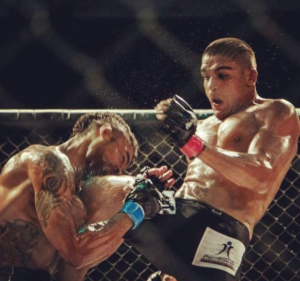