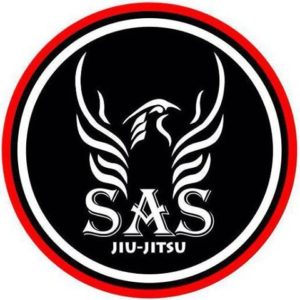 The Sá Family and Jiu Jitsu in Ceará

Master Francisco Viera Sá was born in the remote town of Senador Pompeu, about 200 km from the city of Fortaleza, on December 17, 1935. His first had contact with the sport came through magazine publications in “Cruzeiro” in which Hélio Gracie showed various techniques and talked about BJJ. He also spent time training with Professor Nilo Weber Veloso, a student of George Gracie from a time when the Gracie family came to live in Fortaleza for two years. During this short time, Hélio Gracie also introduced Pedro Hermetério, Coronel Tony Magalhães, Pinheirão, and others to the sport.
In his late teens Master Sá moved to Recife in the state of Pernambuco to follow a career in the Brazilian Air Force. While in Recife, Master Sá learned that a Jiu Jitsu master by the name of Takeo Iano was teaching in the area. He immediately sought out the Kodokan Academy standout to continue his training. Master Sá dedicated himself to the study of Jiu Jitsu, and in six years advanced from white belt to achieve his instructor certification under Takeo Iano.
After years of training in Recife, Master Sá returned to his home state to be closer to his family. There he opened his first academy, called the Central Ringue Club, later renamed the Academia Professor Sá, a very successful school of Jiu Jitsu. Professor Sá has taught more than 25,000 people in his long career including many successful fighters such as Daniel Beleza, Jorge Gurgel, Marcus Aurelio, and Daniel Tavares, as well as his sons Professor Francisco Carlos Pinto Sá (“Sazinho”), Professor Guybson Costa E Sá, and Robson Sá.
Master Francisco Viera Sá is one of the rare people to have acquired honor that is Red Belt, the highest rank in Brazilian Jiu Jitsu. It takes approximately 40 years of training after being awarded a black belt to gain this honor. Master Sá was a Black Belt for 54 years in 2013, having received his Black Belt in 1959 from Professor Nilo Weber Veloso and recognized by the Pernambuco Jiu Jitsu Federation.
Sadly, on the morning of September 13, 2013 Master Sá passed away due to Melanoma at the age of 77. He was survived by his sons, and left behind a True Legacy of 59 years of dedication to the Gentle Art, Brazilian Jiu Jitsu.
Professor Carlos Pinto Sá “Sazinho” is Master Sá’s oldest son and successor to leadership of SAS Team. “Sazinho” was born in Fortaleza in 1964. He was promoted to Black Belt in 1985, and currently holds the rank of 6th degree Black Belt recognized by the Cearense (FBJJO-CE), Brazilian (CBJJ), and International (IBJJF) Brazilian Jiu Jitsu Federations. He is the President of SAS Team BJJ Worldwide, President of the Olympic Brazilian Jiu Jitsu Federation in the state of Ceará, and President of the National Professional Fighting Confederation. “Sazinho” is a two time Brazilian National Champion and Pan American Champion, all at the rank of Black Belt. He has trained more than 100 Worlds medalists and many MMA fighters who have made it to the biggest events in the world.

The Founding of Team SAS in Ceará

“Sazinho” partnered with André Pederneiras and Wendel Alexander to align the academy with Nova União and form the Nova União team in Ceará. Under the guidance of André Pederneiras, “Sazinho” also founded the Olympic Brazilian Jiu Jitsu Federation in Ceará. In 1994, recognizing the need for stronger competition in Ceará, he organized the “Copa da Amizade,” or Friendship Cup BJJ competition. This competition and the media attention it garnered helped increase the talent in Ceará and cause the team to rapidly expand. In 2009 “Sazinho” broke the bond with Nova União to form SAS Team BJJ. SAS Team BJJ promotes the philosophy of Professor Sá, and honors the legacy of the family that pioneered Brazilian Jiu Jitsu in Northeast Brazil. The main objective of the team is to educate its members on the etiquette and ethics expected in the practice of Brazilian Jiu Jitsu while remaining on the cutting edge of technical ability, as well as setting guidelines for basic curriculum and belt advancement of affiliate schools. SAS Team BJJ has 120 affiliate schools worldwide. Our members proudly represent SAS Team BJJ and the Phoenix which is our logo.

Birth Date: December 17, 1935 to September 10, 2013
City: Senador Pompeu – Ceará, Brazil
Master Sá began training at the age of 19 in 1954 while a member of the Brazilian Air Force. He received his instructor certification from Takeo Yano and his Black Belt in Brazilian Jiu Jitsu from Professor Nilo Weber Veloso at the age of 24, certified by the Pernambuco Jiu Jitsu Foundation. Master Sá is world renowned for training champions and professors, with more than 25,000 students in his career. Master Sá passed away in September 2013 at the age of 77 from cancer.
Accomplishments
10th degree Black Belt in Brazilian Jiu Jitsu (Red Belt, 54 Years as a Black Belt)
Pioneer of Brazilian Jiu Jitsu in Fortaleza – Ceará, Brazil
Cearense Champion – 1958
Cearense Luta Livre Champion – 1960

“Sazinho” began training with his father at the age of 3 in 1967. He received his black belt from Master Sá in 1985 at the age of 21. “Sazinho” was the first coach of UFC and Strikeforce superstars Marcus Aurelio, Hermes Franca, Jorge Gurgel, as well as many other fighters in promotions around the world.
Accomplishments
6th degree Black Belt in Jiu Jitsu
2 x Champion, Brazilian Nationals – 1998/99
Pan-American Champion – 1999
President of the Olympic Federation of Brazilian Jiu Jitsu in Ceará, Brazil
Degrees in Physical Education and Law